Blyth & Platt Ltd, a manufacturer of boot and other polishes, were established in 1894 in Altringham, Cheshire by the founder Mr George W. Rowe. Before Cobra came along the whole Rowe family lived in Manchester where the parents, Samuel and Annette Rowe had a fish/poultry shop with a residence above. The elder Samuel died in 1891 leaving ‘Annie’ to bring up the children. It is not known how Blyth and Platt came into being in Alrincham except that George Rowe was a resourceful and inventive individual (it is said that George invented pneumatic tyres, streamlining in motor cars, pressed metal lids for tins and eyelets for shoes) and by coincidence, or not, Blyth and Platt shares ‘Platt’ with the maiden name of Annette Rowe, mother of the five sons and two sisters (Samuel, George, Ernest, Frank, Herbert, Percy, Annie, Hilda). The younger Samuel became a prominent Arts and Crafts furniture and textile designer after William Morris and at the relatively young age of 29 migrated to Australia in 1899 where he made significant contributions to Art Nouveau design in Australia in the first half of the 20th Century (and, amongst other accomplishments, became founding principal of what is now known as the National Arts School, in Sydney). 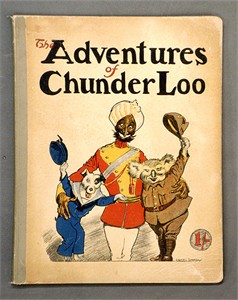 They moved to their new factory – the “Solar Works” on Greatham Road, New Bushey, Watford – eleven years later in 1905. The move to New Bushey from the Altringham site, at great cost, was a financial burden for the family and George Rowe seems to have suffered mentally leading to his premature death in 1904/5. After his death one of the directors, Mr F. J. Brown became General Manager and Mr Frank Rowe (the founder’s brother) became Company Secretary and a member of the Board.

Apparently, around this time the firm in Watford couldn’t support the whole Rowe family thus the move to diversify to Australia. It was on Samuel’s recommendations that his brothers and sisters and the Cobra brand followed and, due to punitive Australian import tariffs, they decided to establish a works and manufacture within the country. The Cobra factory established in Waterloo, Sydney, around 1908 by Ernest Rowe who volunteered to start the enterprise. His brother Herbert Rowe later went out to assist by taking over the factory management. They were successful financially – such that they were able to live very well there. Percy followed and established a prominent importing firm. Hilda married well and both she and sister Annie, as their brothers died in Australia, never returning ‘home’.

Blyth & Platt (Australia) Ltd exceeded all expectations and rivals began to follow their example. Their adverts in The Sydney Bulletin, starting in 1909, featured a character named “Chunder Loo of Akim Foo” originally drawn by the well-known Australian artist Norman Lindsay. The ads were so popular that a book, written and illustrated by Norman’s brother Lionel Lindsay, “The Adventures of Chunder Loo” was published in 1916. The character’s name became a nickname in World War One (sometimes abbreviated to Chunder) and it is suggested this was the origin of the use of the word chunder for being sick (as rhyming slang – Chunder Loo = spew).

The brother Frank Rowe, who remained in the UK to run the Blyth & Platt business, spoke French and German and travelled the world building up overseas sales and managed to turn Cobra’s UK fortunes around. They had enormous success both in the UK and across the world with a large overseas network of agents. Sometime before 1914 a large overseas consignment was recorded of gross weight of 40 tons comprising over 700,000 tins and bottles and valued at £5,500. It required nearly 50 railway lorries to transport. The company also made polishes for other firms under their own brand names. They even sold their Cobra brand under a different name “Crown” to countries where “the very word Cobra or snake is anathema to the natives”. Their filling line in 1914 was capable of filling 4,000 tins at a run, some 20,000 tins per hour.

Blyth & Platt Ltd were bought out by Chiswick Products Ltd on October 1st 1928 (bought from parent company Lever Bros – date of their acquisition unknown) but production of the Cobra range of products continued at Greatham Road until the company’s demise in 1953.

Reckitt & Sons Ltd in a gradual process of company acquisitions and mergers, begun in at the turn of the 20th Century, acquired many well-known brands such as Nugget, Wren, Cherry Blossom and Cobra and which were eventually reduced to the Cherry Blossom brand and the Reckitt Benckiser manufacturer we know today.

Blyth & Platt Limited of Solar Works, Watford finished as a company in 1961, the company liquidation being done by Herbert Cedric Shaw of Reckitts Buildings, Dansom Lane, Hull. Presumably, this was a formalisation as the company, part of Chiswick Products Ltd then Reckitt & Coleman Holdings for many years, had finished trading in 1953. However, while that was the end of Cobra the works still manufactured under the name of Meltonian Wren Ltd. In 1964 the works suffered a fire.

An interesting 1914 article about Blyth & Platt, written up in The Watford Observer” can be found here: 1914 article
Many thanks to Richard J. Rowe, Grandson of Samuel Rowe (brother of George Rowe) for his valuable input.

Watford Observer – June 12, 1964: A giant mushroom of black smoke curling across the sky could be seen 20 miles away. Exploding cans of aerosol burst 100 feet into the air, adding to the hazards of the fire-beaters.
The two who died were among the 300 employees evacuated from the Meltonian Wren factory in Bushey when the alarm sounded.
Cecil Arthur Thompson, a 59-year-old packer and works fireman, of Merryhill Road, Bushey, was setting up a hoseline to the seat of the fire when he was struck on the temple by an exploding tin. He was taken to the Peace Memorial Hospital but was dead on arrival.
Ernest Ley, 57-year-old head of the sales ledgers department, was moving his car from the yard into Greatham Road when he collapsed over the wheel. He is thought to have died from natural causes.
A fireman was hit on the hand by an exploding polish tin, and was taken to hospital with lacerations, but later returned for duty.
Army cadets from the Masonic School, Bushey, were taking part in a fire drill exercise when they were called out to help lay over 1,000 yards of hose to the River Colne.
Four directors of the firm conducted a fact-finding mission throughout most of Wednesday. Chairman Mr. Edward Brown said later: “We have been interviewing witnesses of the fire – all employees of the factory. At a wild guess I would put the damage at £50,000 plus the building. But we are still busy taking stock and the exact figure is not known.”
“The enquiry has verified the success of the fire drills here. The whole building was evacuated in 90 seconds.”
The fire was discovered by Mr. W. Solomons, of Durban Road, Watford, who was operating a fork-lift in the storage shed when he heard the explosions. It is believed to have started in a pile of 300 cartons of condemned furniture cream stacked in a field near the storage shed and awaiting destruction.
Flames spread to the shed containing raw materials and finished products, which were completely destroyed. Power cut out when firemen filled a sub-station inside the building with water.
A spokesman for the 30 firemen from Watford, who sent two appliances, Bushey, Garston, Boreham Wood and Radlett, said: “The Gods were on our side. The wind was going the right way.”
Then Eastern Electricity Board men worked until nearly midnight to repair switch gear in the sub-station which feeds the factory and a few houses in the locality.
Power was still cut off when staff clocked in on Wednesday morning, and 100 women operatives were sent home. Male staff were retained to start cleaning-up operations. But by midday power had returned, and when the afternoon shift began the factory was back in full production. 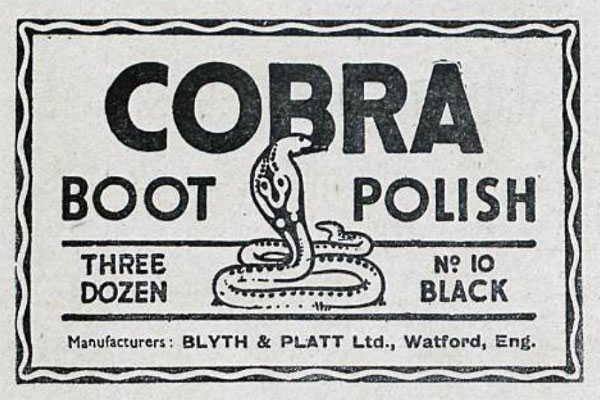