This 6.5cm dia small tin is rather gloomily printed in light blue on an olive green ground. The contents, now dried hard and been covered with rust from inside the tin. Scraping this off reveals a grey-blue colour but not anywhere as blue as the Pickerings product. It is hard not to compare it to Joseph Pickering’s product though – the olive-green background is similar to Pickerings Army colour cleaners, the typography, layout and wording is similar. If I were Pickerings I’d consider it a rip-off product!
J.Goddard and Sons Ltd took over the Leicester Magic Polish Co Ltd in the late 1950s or early 1960s and so would have access to polish-paste type production. Goddards were acquired by SC Johnson in 1968 and as there is no hint of SC Johnson on the tin it might be a reasonable conjecture that this product was made in the 1960’s. 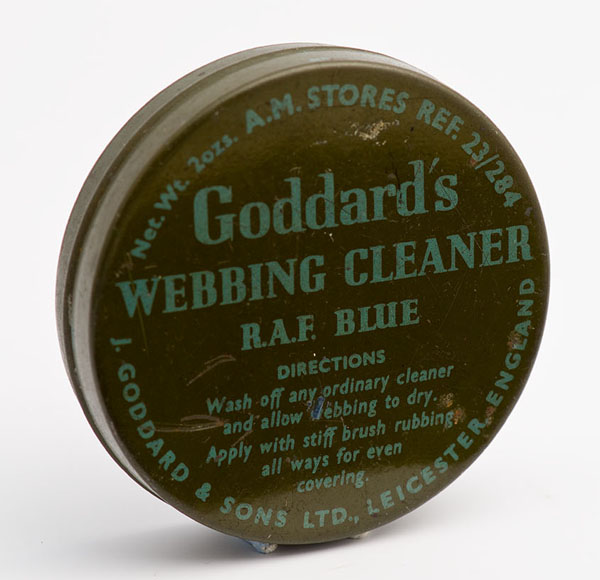 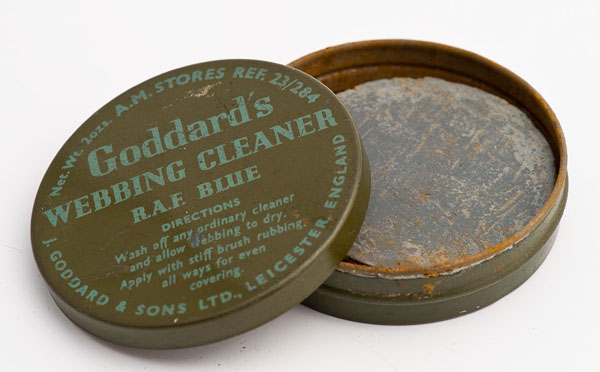 The 2oz tin is very small when compared to the competing 3oz Pickerings and 4oz Quippy products. 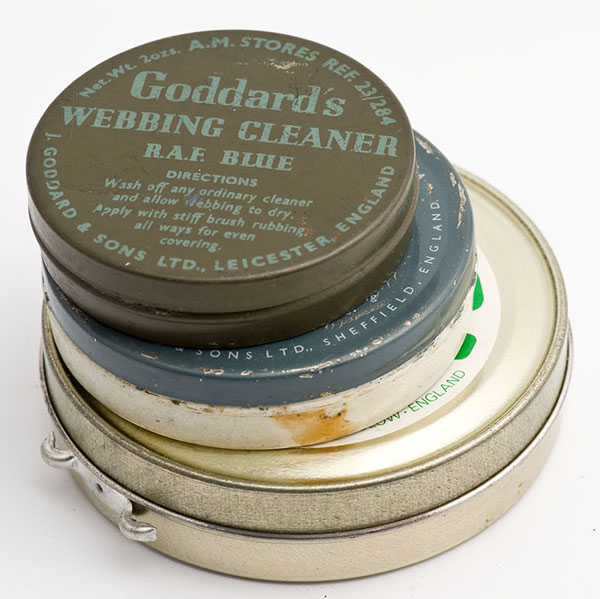