The dry and crumbly KG3 was certainly a WWII product but it seems certain that the ‘hard and waxy’ No. 19 – CLEANER WEB EQUIPMENT, OLIVE DRAB, BLOCKS was post-WWII and is still fairly easily found – Soldier of Fortune for £12 a block, Britton at War for £10 a block and occasionally on eBay.

The ‘hard and waxy’ block is such a radical development from all that had gone before. It is certainly more practical to use – less messy, no dry powder to brush off. Later tinned paste/cream products are without doubt much more convenient to apply and so on might suppose the block was stepping stone in the forming of a solution to a messy problem. The No. 19 blocks were made by Patrol Polishes Ltd (London W1) from August 1949, if not before.

A magazine article of 1954 that announced the imminent adoption of the tinned ‘polish’. In it it describes War Office desires for something more practical and waterproof that traditional Blanco. It carried out world-wide trials of products before finally settling on the tinned wax-based product that Pickering would produce in five colours – four for the army, one for the RAF.

Given that stocks of ‘hard and waxy’ blocks of No.19 are around still, yet Blanco blocks or indeed even later Pickering tinned products aren’t, it does give weight to the theory that the waxy blocks were part of the experimental product trialled world-wide. The waxy product would be more suitable both for application and durability in hot/wet climates and would extend the life of the existing stocks of ’37 pattern webbing if supplies of ’44 self-coloured green webbing weren’t available. Shade No. 19 was the standard shade colour specified for use in tropical personal equipment and clothing in the 1944 amendment of the British Standard BS987C: 1942 Camouflage Colours. One might suppose that as soon as the tinned Pickerings product was available in the NAAFI from the end of 1954 the waxy blocks were pretty much returned to stores, languishing unloved and unused. 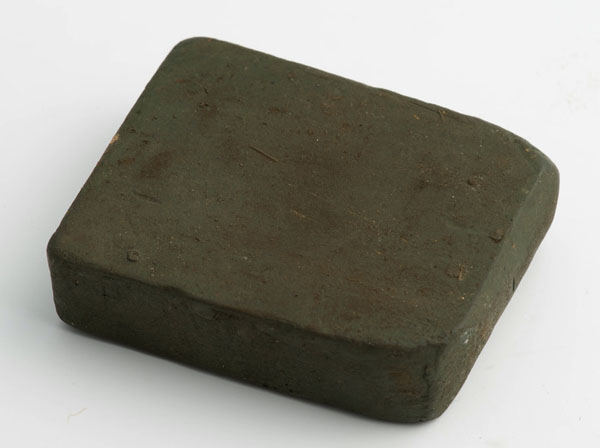 This wooden crate is dated August 1949 and shows the product was made by Patrol Polishes Ltd of London W1. Patrol also made boot polish using a new amide wax, trade named Abril, discovered in April 1945 and the company was set up to exploit the new found technology.

The crate carries the exact Army stores code of HA 12802 that post war KG3 crumbly Blanco had, as well as the mis-described ‘Powder Cleaning Web Equipment’ – so as far as the Army were concerned it was just web cleaner whatever it’s composition.

The box was found languishing in the basement of a shop and had been in stock since the early 1960’s. The blocks seen are being sold mail order by Britton at War for £10 a block. 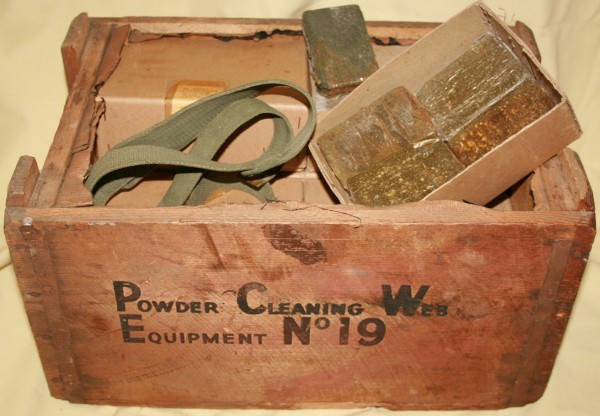 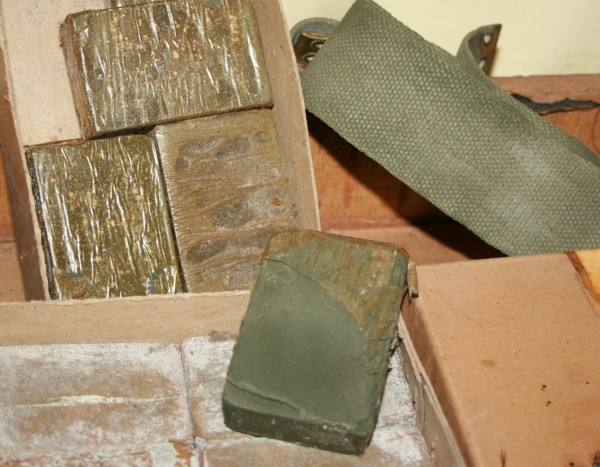 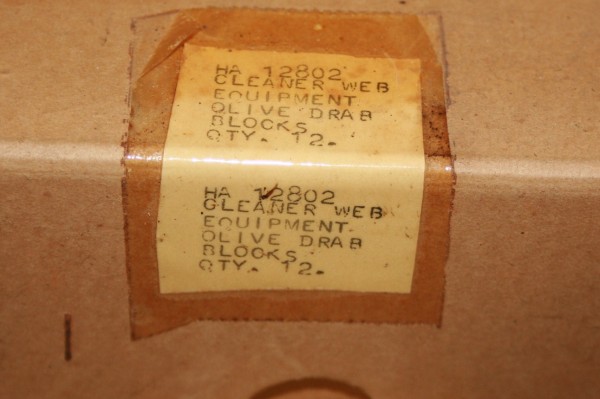